The Environmental Pillar, a coalition of 28 national environmental NGOs, are calling on the government to ban fracking immediately and respect the will of the Irish people.

The Environmental Pillar stated: “Today our politicians have agreed a bill against fracking on Irish soil and their action reflects and overwhelming desire amongst Irish people to stop this dangerous and destructive practice. People want to see our communities protected from the health and environmental impacts of fracking and the government should respect that by moving this bill through the Oireachtas now.”

Environmental Pillar spokesperson Charles Stanley Smith of An Taisce commented: “Today is an important day in the move to ban fracking as we have seen through the support for this bill our representatives acknowledge for the first time the overwhelming desire of Irish people to ban fracking.”

“However the decision to pause the bill moving through the Oireachtas does not respect the will of the people. The problems with fracking are well documented. In other countries we have seen water contamination and health problems associated with this practice. Irish people understand the risks and do not want this brought on our communities.

“From an energy perspective we also need to leave all the remaining fossil fuels in the ground if we are to take serious the challenge of climate change. Every time the government subsidises or supports in some way the fossil fuel industry it is taking investment away from clean renewable energy. We need to totally shift our thinking on energy and move our support for technologies that are going to power Ireland for the next 100 years and abandon the short-termism that infects our political decision makers.”

The Environmental Pillar has grave concerns about hydraulic fracturing (fracking) of shale gas, shale oil, and coal bed methane (CBM) in Ireland. In particular it is concerned due to fracking impacts in the following areas:

Climate: there is no scientific agreement that unconventional gas (such as shale and CBM) will have significantly lower total greenhouse gas emissions compared to other conventional fossil fuels (e.g. coal).

Energy: development of shale gas and CBM will be at the expense of cheaper and safer policies to save energy and speed up the transition to renewable energy and the reduction of greenhouse gas emissions.

Water pollution: fracking could cause the contamination of surface and groundwater (including drinking water) with toxic chemicals used in fracking fluids. It could also increase the concentration in such water of methane, as well as the hazardous and radioactive materials that naturally occur in shale and coal.

Water use: fracking involves pumping vast amounts of freshwater underground, much of which becomes irretrievable and/or contaminated. As vast quantities of fresh water are required in fracking operations, this will create significant social and environmental pressures at at least a local and regional level, and particularly in regions suffering from water scarcity.

Land use: fracking disrupts the landscape and impacts upon rural and conservation areas. 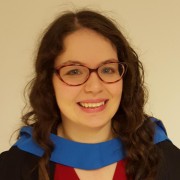 Aoife is a contributor to Green News. She has a degree in Natural Sciences from Trinity College Dublin and an MSC in Evolutionary Biology from UCD. She also volunteers with Dublin Zoo.