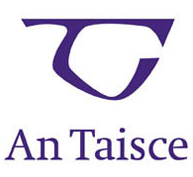 The environmental and heritage group are rejecting calls from the Irish Farming Association to shorten the hedge cutting times.

An Taisce said in a press release: “Once more An Taisce asks the IFA to release the scientific evidence that they are using to justify altering the current hedge cutting and gorse burning dates.”
“Once more the IFA claim, that ‘There is a real basis for a shorter closed period, as the nesting season now occurs earlier’.

“Further, their argument that changing the hedge cutting season will improve road safety is false. “Under the current legislation hedges can already be cut if there is a potential health and safety issue. For instance, enlightened Local Authorities ensure that only a short distance either side of junctions is cut for road safety and the rest is left.
“Given the dramatic decline in farm biodiversity since the 1970’s this is an extremely negative stance for the IFA to take and it is completely against the Green image that the Department of Agriculture and Bord Bia are trying to portray.”