Photo: Houses of the Oireachtas

The Committee made up of sixteen deputies and six senators was established to consider the recommendations of the Citizens’ Assembly on How the State can make Ireland a Leader in tackling Climate Change.

Fine Gael’s Hildegarde Naughton has been appointed the chair of the committee and Sinn Féin Deputy Brian Stanley will serve as vice-chair.

Ms Naughton will bring her experience as Chair of the Joint Committee on Climate Action and Environment, a position she has served since her election in 2016.

Speaking after the announcement, Ms Naughton said that the Oireachtas members “need to ensure” that climate action is “at the heart of policy making as a matter of urgency”.

She acknowledged Ireland’s continued failure to deliver on its environmental commitments and said we are “not doing nearly enough” to decarbonise.

“This new Committee will explore all of the various options to make climate action the priority of Government policy,” she said.

Deputy Naughton insists that every sector must be encouraged to transfer to a low carbon economy, including agriculture, transport, industry and construction “to name a few”. Following the first meeting of the Committee, Green Party Leader Eamon Ryan said: “We pushed for this Committee to be established, so we’re glad it’s up and running and ready to get to work.”

He said that the committee will play a key role in the creation of the new energy and climate plan to be drafted by the end of the year.

Mr Ryan revealed that the committee will focus their work on questioning key departments about how they intend to incorporate the recommendations of the Citizens’ Assembly into their work.

Senator Grace O’Sullivan, who is a member of the Committee, said that “we owe it to ourselves, our children and future generations” to lead Ireland into a “post-carbon future”.

Ms O’Sullivan said she is looking forward to getting started on the new process and was critical of Ireland’s environmental and climate record to date.

“It’s very clear from recent reports that Ireland is not coming close to its moral and international obligations when it comes to tackling our contributions to climate change,” she said.

The Oireachtas Committee on Climate Action will report its conclusions and recommendations to both Houses of the Oireachtas by January 2019. 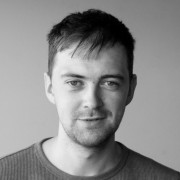