The COP meetings happen in different continents each year to enable countries to minimise their travel distances and also to expose delegates to the particular needs and circumstances of countries as they seek to combat the effects of adverse climate change.

This year the COP was supposed to be held in Oceania, in particular, Fiji. But of course, Fiji was last year severely impacted by Cyclone Winston, the most intense cyclone ever recorded in the southern hemisphere, which killed 44 people and damaged or destroyed 40,000 homes.

Accordingly, a decision was made to hold the COP in Bonn instead where infrastructural resources existed and where the intermediate meetings to the COP are normally held. So 10,000 people have rolled up to the early snowfall of a German November, not quite as attractive as a South Sea island! Technically, however, the meeting is hosted by Fiji.

One might think that having a conference chaired for the first time by a Small Island Developing State, combined with German organisational efficiency might be a good recipe for success. The jury is still out on this.

One of the most disappointing aspects of this COP is the manner in which the main body of the conference has been separated from the negotiating venues. This has occurred before, most recently in Cancun.

It has the effect of insulating the negotiators from the ‘nasty civil society types’ who hold their expositions, runs their demos and generally provides the heart and soul of these meetings a full 15-minute bus ride from the politicians and public servants who are making their decisions behind closed doors.

The informal contacts, the updates, the gossip – the things that make both sides appreciative of what the other is doing – these are certainly stifled by such a setup.

For any COP ‘newbie’ the timetable is bewildering. The number of simultaneous events can approach 50. Choosing which to go to is a major operation each day and stamina is required to avoid being ‘brain dead’ after a few days exposure to a combination of academic, political and climate-related organisations of various types.

The small Irish group of Observers, about 10 in number, keep in close contact and alerted each other to what is happening where and when. For me, the first day was marked by special meetings arranged firstly with an energy organisation concerned with demonstrating how current fossil fuel consumption trends were incompatible with compliance with the Paris Treaty.

Of course, this was fairly widely known, but it was valuable to learn how important it is to stop oil and gas exploration now rather than lock the world into investments that will certainly deliver dangerous climate change. There is a lesson here of course for Ireland regarding the incompatibility of issuing new licenses for the Porcupine Basin by the same government department that is charged with Climate Action.

A briefing from the Director of Climate Action Network Europe was then arranged for the Irish group. This was both revealing and depressing. Ireland has been far from a leader in climate negotiations within Europe over the past few years, especially with reference to its 2030 targets.

Instead, it has been looking for every concession possible to enable it to continue increasing its greenhouse gas emissions, projected by the EPA to occur until at least the middle of the next decade.

There is no doubt that immense damage is now being done to Ireland’s international reputation, especially among developing countries and the more progressive European countries, by its identification as a climate laggard. 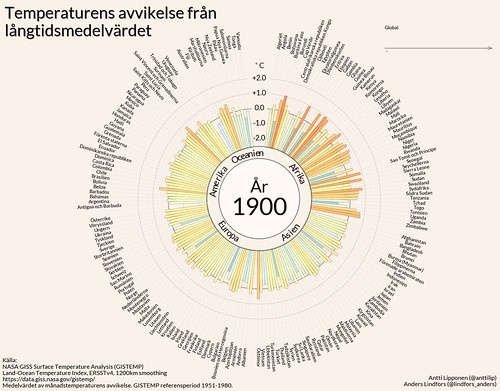 An update on climate science

The UK pavilion hosted a very interesting update on climate science since the last IPCC report was published four years ago. The clear message was that the IPCC was probably too conservative on many fronts.

While some of the worst case events sometimes touted as possibilities are unlikely to occur in the current century, there is cause for considerable concern – if not alarm – as global temperature rise has returned with a vengeance in recent years.

The main findings were that sea level rise is accelerating, climate models have not been underestimating temperature rise, and the earth’s climate is probably much more sensitive to greenhouse gas loading than the lower estimates sometimes surfacing in the literature.

Health impacts have been much more prominently presented at this COP, especially the growing problem of Dengue fever and the deadly heatwave prognoses for many cities in the tropics, and some years later in the mid-latitudes.

This meeting ended with a special guest, the Minister for the Environment of the British Virgin Islands. On 7 September 2017, Hurricane Irma visited and destroyed or severely damaged 80 to 90 per cent of their buildings, 90 per cent of their boats and brought sustained wind speeds of over 290kph – speeds at which typical passenger aircraft achieve take-off!

The highlight thus far for me was a high-powered panel discussion chaired by Mary Robinson. This featured Kevin Anderson of the University of Manchester, Former Executive Secretary of the UNFCCC, Christiana Figueres, John Schellnhuber of the Potsdam Institute and Johan Rockström of the Stockholm Resilience Centre.

The theme of the meeting was simply the imperative of ‘bending the curve’ of global emissions downward by 2020 if we are to have any realistic chance of meeting the Paris objectives. Professor Anderson’s title was “Beyond Nebulous Arm Waving” a very appropriate hard-hitting talk which brought home to many the urgency of the problem we face and the folly of relying on accountancy tricks to buy time.

The fact that we have 600 billion tonnes of carbon left to burn was emphasised as the stark reality by Prof Schellnhuber – something pointedly ignored by most national negotiators here because it raises deep political problems they would rather not confront. As the main scientific advisor on Pope Francis’s seminal encyclical Laudato Si, Prof Schellnhuber frequently quoted from it, as did the other participants.

The most important first step on the road to decarbonisation was generally agreed to be tackling energy subsidies. The world subsidises fossil fuels to the tune of $500 trillion per year. Irish taxpayers also do their bit with subsidies for peat! If only even a fraction of this was spent on renewable energies for the sake of the next generation.

John Sweeney is emeritus professor of geography, Maynooth University and has taught and researched various aspects of climate change in Ireland for over 35 years