New data reveals that Ireland’s emissions are set to rise until at least 2020 due to strong economic growth and an expansion of the agriculture sector.

The latest figures, released by the Environmental Protection Agency (EPA) today, suggest that Ireland will only be able to reduce its emissions by a maximum of one per cent by 2020.

New data also released today from the European Environment Agency shows that Ireland is one of only five EU Member States that has seen its emissions increase compared to 1990 levels.

Strong economic growth is the leading cause of the increase, the EPA report states, together with an expanding agriculture sector.

A decline in emissions is projected from 2025 to 2030 due to a predicted acceleration in the number of electric vehicles on Irish roads.

The EPA estimate that agriculture emissions will increase by between 3 to 4 per cent by 2020 and 6 to 7 per cent by 2030 based on an expansion of animal numbers, particularly for the dairy herd.

Dr Eimear Cotter, Director of the Office of Environmental Sustainability, said that emissions will continue to “grow in tandem” with economic growth in the “absence of significant new policy interventions”.

“In particular, we are highlighting the need for a decisive move away from fossil fuels through significantly improved energy efficiency and the use of cleaner, renewable fuels,” she added.

The agency’s projections do not take into consideration recent regulations on greenhouse gas emission reductions adopted by the EU earlier this month.

The regulation sets out binding emission reduction targets for member states in sectors falling outside the scope of the EU emissions trading system for the period 2021-2030.

Stephen Treacy, a senior scientist at the EPA, said that the new policies and measures need to be incorporated into emissions projections as soon as possible.

This will ensure that the EPA has the “best information available” on Ireland’s future emissions’ trajectory and the “impact of these Government policies”.

Transport emissions are set to increase from current levels by 17 to 18 per cent by 2020 Photo: Max Pixel

Friends of the Earth Ireland said that the State’s failure to meet its targets is a result of 20 years of government inaction.

“Leo Varadkar’s government stands indicted by these figures, which are shocking but not surprising given government inaction on climate pollution,” he added.

Reacting to the findings on agricultural emissions, the Irish Farmers’ Association (IFA) called on the State to push forward with a biomass programme that the group says will reduce peat & coal burning.

Emissions from the energy industry are projected to increase strongly from 2020 to 2025 largely due to the co-firing of peat with biomass for power generation, the EPA figures show.

The IFA also wants to see the re-opening of the Green Low Carbon Agri-Environment Scheme (GLAS), a zero-carbon electricity tariff for community-based renewable projects, and the removal of barriers to forestry planting on farmland. 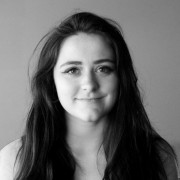