Last week, it was announced Finnish investment fund, Dasos Capital, plans to develop a forestry portfolio in Ireland to the tune of €112 million. The plans are being backed by the the European Investment Bank (EIB) and Ireland Strategic Investment Fund (ISIF).

Many organisations have welcomed the plan with cautious optimism, sighting potential concerns of a land grab and driving small farmers out of the market. However, little to no attention has been paid to the potential impact this investment could have on the environment.

Brief history of forestry in Ireland

Ireland is second only to Malta for being the least afforested country in the EU, with forest cover substantially below EU averages, but Why?

Over a period of centuries, Ireland experienced dramatic losses to its native woodlands. This was caused by substantial population growth, increased needs for agricultural land and timber requirements from heavy industries such as ship building. By the turn of the 20th century forests  covered only 1.5% of the island.

Since the inception of the Irish state in the 1920s, the government has pursued policies encouraging the planting of forests.  As a result of these policies,  Ireland’s forest cover now stands at 11%. The vast majority of forests today are commercial plantations consisting of the non-native, North American, sitka spruce.

Unfortunately for years afforestation and management of forestry was undertaken in an unsustainable manner, with little regard for the impacts on the environment.

With Dasos intending to plant 18000ha of forest and the government’s plans to increase forest cover to 17%, there is potential for serious environmental damage.

Forestry can of course be good for the environment encouraging biodiversity by providing habitat and combating climate change through acting as a sink for carbon emissions. However, for these benefits to be realised forests must be managed sustainably.

The problem with forestry can begin as early as the planting stage. Often plantations are located on bogs. Bogs are hugely important for two reasons, the first being biodiversity, providing a habitat to rare species of native wildlife. Secondly, bogs contain massive amounts of carbon. When plantations are placed on bogs, they are drained, causing greenhouse gases like CO2 to be released, cancelling any positive effect the forest may have provided. Animals are also displaced, reducing biodiversity.

Not only can animals in bogs be negatively impacted by forestry, so too can those who rely on grasslands and other habitats. The hen harrier, a protected bird of prey native to Ireland, nests on forest edges and hunts for food in nearby open upland areas. It is often argued that afforestation is good for the hen harrier. However, despite this claim hen harrier numbers have been decreasing in recent years and it’s being blamed in part on industrial forestry. Hen harriers can nest and hunt in young forests, but as the forest matures and the canopy begins to close over, suitable habitat is lost and they are unable to hunt effectively. The vast majority of a forest plantation life cycle is spent in the closed canopy stage.

Another concern surrounding forestry is the effect it can have on rivers and streams. Forestry can cause water acidification and eutrophication. When clear felling takes place it not only blights the landscape, but nutrients from the debris left behind are washed into the water causing algal blooms and oxygen depletion. Water acidification and eutrophication have both been linked to a decline in the health of Ireland’s brown trout, salmon and many other freshwater species.

The forestry industry relies on hazardous chemical pesticides to manage disease in plantations. One pesticide of particular concern is Cypermethrin which Coillte and others use to control Pine Weevil. Cypermethrin is a broad spectrum insecticide, meaning it kills all insects not just the pine weevil, it is also toxic to fish. There is no doubt increased investment in forestry has potential to benefit Ireland’s environment. Dasos Capital and other future investors must employ ecosystem based management to ensure future investment is carried out sustainably and thereby ensuring we can reap the benefits of carbon storage and supporting biodiversity. 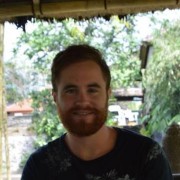