On the value of Unity, Helen Keller, American author and political activist, once stated: “Alone we can do so little; together we can do so much”.

As attendance records at national events, such as the recent ‘Heritage Week’ which runs annually every August, will no doubt attest, interest in environmental issues and a love of nature remains strong in the minds of Irish people.

But on a day-to-day basis, public-engagement with many of Ireland’s environmental groups remains conspicuously low in comparison.

A common lament among many environmental and sustainability action groups is that much of the crucial and highly-valued membership support they receive from the public for their respective projects are all too often ‘in name alone’.

As such, the persistence of many of the successful grassroots initiatives conducted here in Ireland has often rested on the shoulders of a dedicated few stalwarts of environmental and social action.

Several of whom often find themselves spearheading more than one local initiative or project at any given time. A challenge made more complicated in the face of governmental procrastination on socio-environmental issues.

So how do we best encourage more public participation in climate action, sustainability, and environmental protection, while improving citizen engagement in local community initiatives?

This was a question explored at the Engaging Citizens in Community Led Transitions conference at Cloughjordan Ecovillage last Friday as part of Convergence Festival 2017, the annual sustainable community festival hosted by Cultivate.

The event brought together researchers, NGOs and community activists to explore the question of increasing participation in local initiatives

The Cloughjordan event also featured presentations from academics on their findings from research projects on driving behavioural change toward sustainable communities.

Davie Philip of Cultivate told The Green News that the ultimate aim of the event was to produce a guide for NGOs on citizen engagement to “improve public participation on reaching climate targets and Sustainable Development Goals”.

All participants had access to an online forum where they could add links to any information related to citizen and community engagement, with the option to submit short papers based on their research. The intention being that these will ultimately be published in the Good Practice Guide.

Mr Philip also said it was also important to increase environmental representation and engagement at a local level through Public Participation Networks (PPNs), and greater involvement in community projects.

“If our citizens are not sufficiently informed or concerned about these pressing issues, then politicians will continue to dodge putting strong policy measures in place and vested interests will continue to influence policy behind closed doors,” he said.

“I strongly believe that Ireland’s environmental movement needs to place a much greater emphasis on reaching out to inform and engage the wider Irish population. This means finding appropriate communication outlets that target specific key sectors of Irish society.” 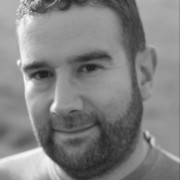 Daniel is a journalist and contributor to Green News, whose focus is on marine conservation and environmental issues. He holds a BSc (Hons) in Marine Science from NUI Galway.