New Caledonia, an overseas territory of France in the western Pacific Ocean, is known for its rich wildlife and biodiversity. It is home to thousands of species as well as the world’s healthiest reefs.

The newly protected reefs are located in the Natural Park of the Coral Sea of New Caledonia, one of the largest protected areas on the planet, spanning 1.3 million square kilometres.

The decree will take effect this month and will see full protection granted to a number of the island’s isolated reefs including Astrolabe, Pétrie, Chesterfield, Bellona, and Entrecasteaux.

Philipe Germain, the president of New Caledonia’s government, said that the decision means that New Caledonia will have the largest wilderness reserve in the world.

To applaud New Caledonia for this step, John F Kerry, former U.S Secretary of State wrote a letter to Mr Germain, saying: “Your commitment to preserving all of the remote reefs within the Coral Sea Natural Park, some of the healthiest and most intact reefs found on Earth, is commendable.” In May 2018, the Seanad has passed a motion calling for the Government to protect half of Ireland’s seas and ocean with community-driven Marine Protected Areas.

The majority of this is estuarine and coastal waters, while there is little to no protection of Irish deep-sea waters despite Ireland possessing a marine territory 10 times its land mass.

None of the MPAs are no-take zones so some extractive activities such as fishing are still allowed to take place. Research shows that no-take zones, where no fishing or other harmful activity is permitted, provide the best results for protecting biodiversity.

According to WWF, only about 4% of the world’s oceans are protected, and the vast majority of existing marine parks and reserves are either poorly managed, or not looked after at all.

Yet many people are not aware of the importance of marine protected areas. The International Union for Conservation of Nature (IUCN)  confirmed that MPAs play an important role in protecting us from a number of natural disasters.

Coral reefs reduce the speed of waves. Mangroves, on the other hand, are effective windbreaks that help to reduce soil erosion, are great pollutants absorbents, filter water naturally, and prevent pollution from reaching the sea.

Studies have shown that the complete closure of a portion of the ocean from activities like fishing and drilling helps keep wildlife populations healthy and contributes to the increase of biodiversity. 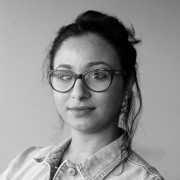