RTÉ Investigates is set to undercover the increasing problem of illegal dumping and how councils regulate and prosecute waste offenders this evening.

The investigative team went undercover over the last six months to investigate the issue and will present its findings at 9.35pm tonight on the documentary Ireland’s Wild Waste.

The six month investigation found evidence of long-term illegal dumping at a facility in Donegal, where large amounts of commercial and household waste is buried and burned behind a quarry near Moville.

Uncovered material suggests the illegal dumping has been taking place since 2008, and there were complaints seven years ago that waste was being burned up to four times a week.

After it received the new evidence from RTÉ Investigates, the EPA again asked the council to investigate. The council told RTE that it has inspected the facility since the discovery was reported and has issued warning letters.

RTÉ Investigates also analysed data from the Environmental Protection Agency (EPA) and the Department of Housing to see how effective councils are at handling waste offences.

The team examined rates of inspections, enforcements, prosecutions and staffing levels between 2014 and 2016, creating a ranking system of the best and worst councils at managing the waste industry per number of waste permits held.

RTÉ Investigates found that Donegal is the worst performing county for both its inspection rate of facilities and its investment in waste services. Donegal only had two members of staff to regulate the 44 waste permits in the area between 2014 and 2016.

Wicklow is the best council for regulating and enforcing waste services, according to data obtained by RTE, performing 6,174 non-routine inspections between 2014 and 2016, while the national average was 1,371.

Galway is ranked fifth out of 30 councils and started 155 prosecutions for waste offences, three times the national average, despite having only 1.5 staff working on waste services, the lowest figure in the country.

Donegal County Council spent €4.20 per person on these areas between 2015 and 2016, the lowest level in the country. Leitrim, the only county in the Republic that borders Donegal, spent €21.24 per person.

Kildare County Council spent €112.68, more than €95 the national average. This is due to the work the council has carried out cleaning up massive illegal waste activity in Kerdiffstown. 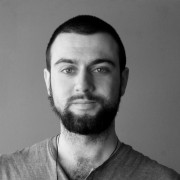