Last week, TG4’s Éire Fhiáin blew us away with spectacular footage of Ireland’s south-west coast, taking us on a pilgrimage of biodiversity from the haunted shores of Skellig Michael and Puffin Island right up to the emblematic Burren landscape. Today, the journey continues with Eoin Warner and his team sweeping us along Ireland’s north-west coast.

The sheer beauty of the country is enveloped from the very beginning of the first episode. The tranquility of Skellig Michael, their starting point, is finely balanced as the raw energy of Atlantic waves smash violently against the rocks.

Unlike the Star Wars’ film crew, the presence of gannets on Skellig Michael causes no protestations. 30,000 of them use it as their home, sharing it with seagulls and puffins from April. Puffins desperately hurry to feed their offspring before August while also protecting them from the larger and meaner of the seagulls. We see  manx shearwaters flying at night,away from the preying eyes of the same enemy.

This is nature unhindered by the folly of a human presence. Puffin arriving to feed his offspring Manx shearwater, flying in the dark

A whistle-stop tour in the company of dolphins arrives the viewer at the Blasket Islands, where thousands of seals await. Aerial shot of seals moulting on a beach

We are reminded of people’s complex relationship with seals. They are often blamed for the depleted level of fish in Irish water but, Eoin points out, “man is responsible”. We get to see that they aren’t always so lethargic and lovable with two seals engaging in a gruelling fight leaving both contestants battered and bruised. The “bucket list” moment when a humpback whale rises for food changes the programme’s pace as the scene becomes blitzed with energy. The whale’s ascension brings all the animals to his aquatic yard with birds circling at a respectful distance, waiting for any fish he doesn’t devour. Lough Leane, home of Ireland’s last herd of native red deer, sets the stage for the eposides second fight. This time it’s between two stags, and not the kind you might see outside one of Killarney’s busy pubs on a Saturday night, fighting to be recognised as the most dominant. The disturbing mating rituals of toads is also captured. The documentary ends at the Burren. “Ireland of the imagination is a land of green” but the Burren offers something different. The idiosyncratic nature of the landscape allows for vegeatation to grow from a number of different continents. We see the birth of a lizard, narrated in true David Attenborough style. 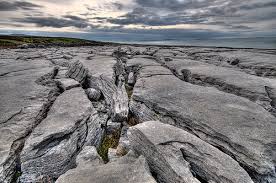 The pilgrimage ends, rather piognantly, in a nearby monastry where jackdaws and kestrels fight for territory to nest. A place which was once a hive of human activity lays dormant but for the vibrancy of the surrounding animals. Given the threats Irish wildlife and habitats face, the timing of Éire Fhiáin couldn’t be more welcome. It’s a reminder of the richness and diversity of the Irish environment. The footage and narration offers a very real tangibility to what’s in danger and makes it more difficult to ignore practices and legislation that puts our heritage at risk.

Second part of the documetary airs tonight (Wednesday 8th March) on TG4 at 9.30